A Mercury retrograde month: Alignment is preferable to anxiety.

January 20
Sun enters Aquarius: 9:55 AM EST
On we journey through the year of 2020, toward the vague and long anticipated Age of Aquarius. I guess we’ll know it when we get there. Each year the Sun in this sign gives us a glimpse of what it might be like but you have to be awake to see it: Awake to all manner of possibility and potential. Aquarius has a reputation for being the misfit, the idealist, the misunderstood genius, the friendly one and the outside-the-box-er, all which can be true. But never underestimate the stubbornness of this sign. As one of the four fixed signs it’s about power. As an air sign it’s about mind, knowledge, concept. Aquarius holds to its ideas and ideals, whether they are outside the box, ahead of the crowd or deeply etched in the mind of the thinker.

This year the Sun as it journeys will square Uranus and sextile Chiron, bringing these two together. Uranus is one of the two rulers of Aquarius (The other is Saturn.) As such we might be in for the smashing of concepts and ideologies that are no longer relevant. Let us bow to the necessity of changing our minds, of leaving the theory of things in favor of the reality. Those who look for what is without thinking that it will always be the way it is now will fare best. It’s not about fixing it, It’s not actually broken so much as unwieldy having come to a crisis point of our human evolution  I’m not any better at this than anyone else.

January 22 & 23
Sun square Uranus, sextile Chiron
Venus sextile Jupiter
When ideals clash with reality our distress increases, particularly if we insist on an ‘either/or’ resolution. Better to cultivate a ‘both/and’ perspective which requires acknowledgment that we don’t ‘know it all’ and neither does anyone else. We are not here to simply wait out the change. We are, as they say, the change. Through us chaos will fulfill itself and become something new. Maybe this is how it was at the Big Bang.
Venus and Jupiter remind us that wisdom is the gift. Where wisdom flourishes (we have a ways to go…) beauty finds comfort and expression. Meanwhile we can make art using the materials around us.

January 24
New Moon: 4 degrees of Aquarius: 04:41 PM EST
In the dead of winter (or summer down under) – despite climate changes, the extremes of hot and cold, fire and ice, we find ourselves navigating through our conditions and we reach for the stars. The sky above remains predictable. Days are still shorter than nights here in the northern hemisphere, but there is no mistaking the waxing of light and the promise it suggests. Hope may be an island in the setting sun but possibility is real and change is inevitable.

January 25
Mercury sextile Mars
Too much information of shallow depth is junk food for the mind, empty calories. Give yourself permission to learn, to study, to immerse yourself in the knowledge of your choice. Be led to wisdom, not the armchair variety, more the kind that takes us to action. Change moves through as well as from us.

January 26
Venus square Mars
“Woulda, shoulda, coulda, but if only”; a mantra leading only to a restless hungry feeling, that does no one, no good. https://www.youtube.com/watch?v=TBP7EWHxobg We could use this energy in a different way. We could start with the fundamental awareness that humans are inherently dissatisfied. We could explore the longing, the insatiable appetite, from the perspective of the soul. In so doing we focus less on the nagging sense that we can’t get what we want and more on the potential for bliss that arises when we allow longing to fulfil itself. To come to its own conclusion.

January 27
Venus conjunct Neptune
These are the days of bliss or relentless dissatisfaction, exquisite perception of beauty or addiction. The front and back of reality.

All things
Are too small
To hold me,
I am so vast

In the Infinite
I reach
For the Uncreated

I have
Touched it,
It undoes me
Wider than wide

Everything else
is too narrow
You know this well,
You who are also there.
Hadewijch II

January 28
Mars square Neptune
There cannot be a last word on the issue of our discontent or even the transcendent bliss which can arise when we get out of the way. There will always be friction. It will always be possible to rage against our ignorance and delusion. We mostly don’t get to ride off into the sunset with our true love. Although it seems that this should be possible. Even if it is, it’s rarely if ever perfect. Be still, be filled with wonder at the impossible puniness and majesty of this life you are living. There is nothing to do now save to inhabit the moment and avoid taking action, like Don Quixote, against some windmill of your own imagination. The way of the hero has become the way of destruction. The way of the greedy destroys too much. Even so, it takes time and will to transform these things.
Here is a vow we might take. Mars likes a good vow… 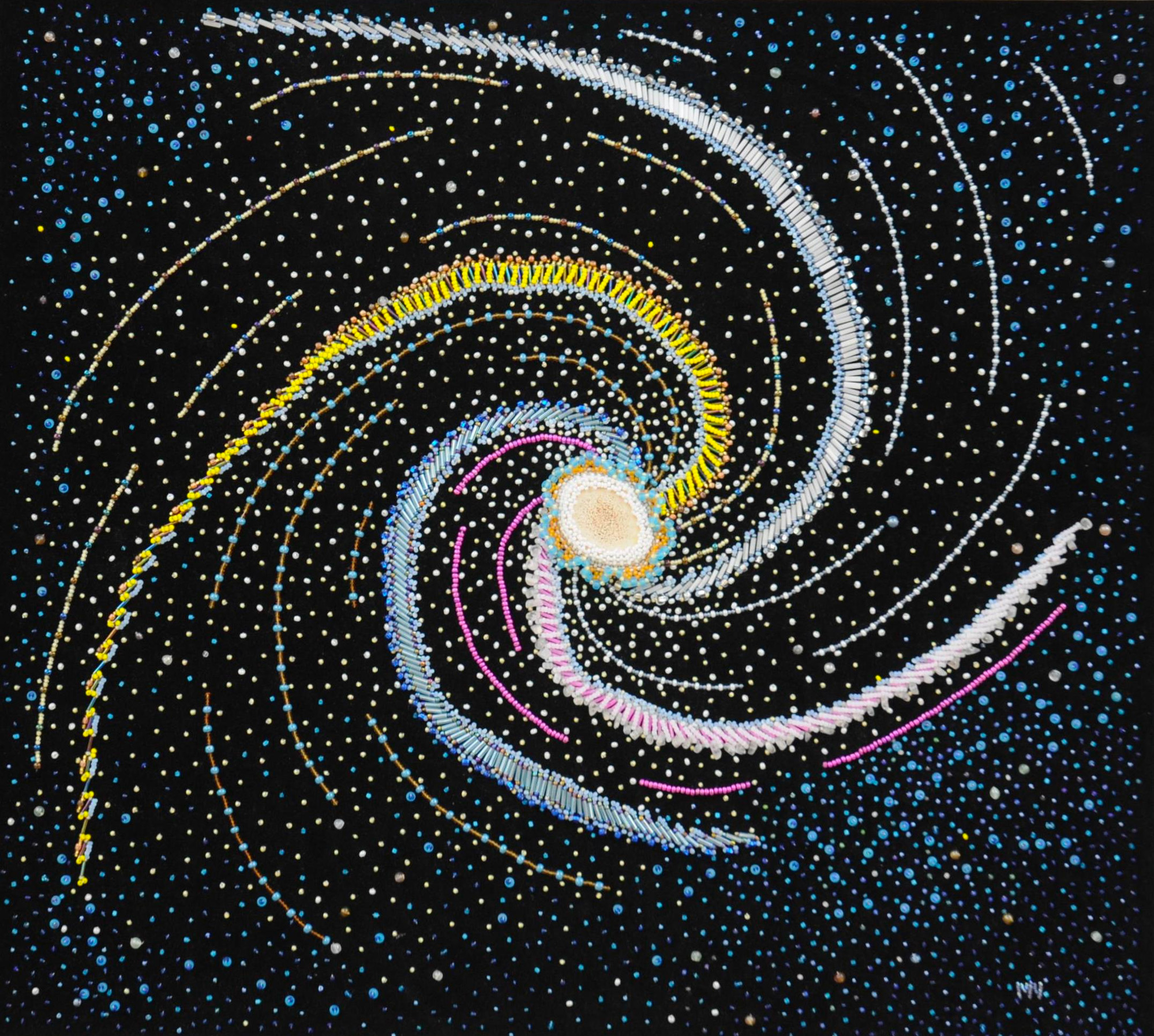 eauty needs structure. Function is not truly functional if it’s not beautiful. The soul’s existence, like climate change, is not really debatable.

We may argue over its weight and heft but we all have a sense of its existence. How do you feed yours?

February 3
Mercury enters Pisces
Venus sextile Saturn
They used to say, ‘The joy is in the ride’ they probably still do! It’s another, more reckless way of saying, ‘Be Here Now’. Straighten up. No need to slouch toward Bethlehem, as we wait being born. We have come to the midpoint between winter solstice and Spring equinox. The year calls us to manifestation. What are you building? How does it feed or warm or sit with your soul’s code?

February 5
Mercury sextile Uranus
Be amazed, even awakened to the bigger understanding of change. Don’t grab at it. Allow awe to find you when pulling on your socks, reading a perfect sentence or even listening to or watching the news. We are all real, at least to ourselves.

February 7
Venus enters Aries
Some say Venus in Aries is hell bent for leather: uppity and wanting it her own way. Since we can’t keep her from being there how might we celebrate the wild in the women?

February 9
Full Moon: 20 degrees Leo: 02:33 AM EST:
To witness what is, is to celebrate the simple fact of being alive and part of the Great Web of Life. You might see it as a party, to be alive, even if you’re not the party type. Each of us dances to our own drummer and in so doing (slow or fast, easy or hard) we create the pattern in the tapestry or the painting of history, herstory, culture and all that means. It’s a kind of art. The Art of Life.

February 10
Venus conjunct Chiron
Rage is not the same as anger. Rage rips through us in a similar way as anxiety. Anger can be a reasonable reaction to injustice or wrong-doing. It can lead to right action in a world fraught with the need to stand for the rights of all. It can be very helpful to understand the difference between rage and anger.

February 16
Mars enters Capricorn
Mercury stationery retrograde
Mercury calls us to listen to the song of the heart or possibly to hear the song of the One Heart. Most likely all hearts are one if you really listen. Mercury retrograde is most confusing and disorienting when we refuse the call.
Mars in Capricorn wants mastery. When this is combined with right action it’s awesome. When purely ambitious it’s another story.
It’s not a contradiction to have Mercury retrograde as Mars enters Capricorn. Sometimes the right action is to listen deeply.

Written in the Stars: Real but not True?

Align Yourself for Mercury Retrograde